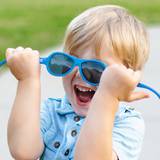 Importance of sunglasses for kids

Sunglasses are not only for adults. We should teach kids from an early age about the importance of wearing sunglasses so that they develop good habits that last for life. Sunglasses maybe a fun fashion accessory, but they can also save your kids skin and help prevent eye problems as they get older by blocking out the sun's powerful ultraviolet rays (UVR). 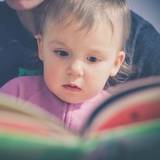 Why a bedtime routine is good for your toddler