First visit to the dentist

So when should kids first visit the dentist? Sooner than you may think! Find out at what age you should take your kids to the dentist, choosing a dentist and things you can expect from their first visit. 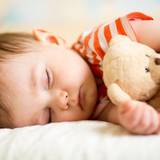 How to transition from 2 naps to 1

Anywhere between the ages of 12 months and 18 months your toddler will be ready to transition from two naps to one nap each day. But how do you know when they’re ready to drop a nap? And if so, what then?