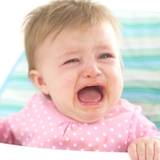 Separation anxiety is a normal phase of a child’s emotional development. Your normally placid and charming baby starts to become clingy and tearful, often from 6-10 months onwards. Find out more about separation anxiety and some practical ways to help your little one through this phase.

Managing the arrival of a new sibling

All children react differently to the arrival of a new baby in the family, but there are ways you can help your toddler and pre-schooler to accept their new sibling and still feel special.